Review of Nobu in Malibu, CA

How to Properly Use a Comma

As someone that does a lot of writing, I am very particular about correct grammar usage. Nothing bothers me more than the improper usage of commas. Most people I know believe the comma serves a specific purpose – creating a pause in a statement. While some of the legal uses of commas do represent a legitimate pause in a sentence, that is NOT the reason for commas. In the remainder of this article I will address the 13 syntactical ways to use a comma with examples of proper (and improper) usage.

First, before we move to the details, let’s discuss what it means to be syntactical.  The English language has rules that we must follow to be ‘proper’. This concept of proper syntax is about structure and rules defined for how to create sentences, paragraphs, and more – this is what grammar is. Like a programming language, if your sentence structure is off and does not meet the rules of grammar, your compiler (brain) will fail in many cases to process the thought. Therefore, it is imperative that you follow the rules.

Like a programming language, if your sentence structure is off and does not meet the rules of grammar, your compiler (brain) will fail in many cases to process the thought.

Lists are one of the more obvious uses for commas. Writing sentences where several items are “listed” together does not make:

I like to read fish and play games in my spare time.

In the above sentence, the lack of a comma after “read” makes you believe the person likes to “read fish” – which makes ZERO sense. Here is the correct wording:

I like to read, fish, and play games in my spare time.

Now, with the commas this sentence is accurate. Notice the comma before the final item in the list – the Oxford comma. I highly recommend using this method because occasionally a list item may have the word “and” in it. Without using the Oxford comma, you can create confusing sentences that the brain cannot process correctly.

Dependent clauses are those phrases that you move from the end of a sentence to the beginning to “sound better”. Take the original sentence above:

I like to read, fish, and play games in my spare time.

I can change the order around to move “in my spare time” to the beginning.  This new start to the sentence is highly dependent on what comes after – hence, it is a dependent clause.

In my spare time, I like to read, fish, and play games.

The main purpose of this sentence is to talk about what you like. You are further qualifying the sentence with when you like it – “in my spare time”. The subject (noun) and predicate (verb) of the sentence is “I” (subject) and “like to read” (predicate). Everything before the “I” is not part of that key syntax for a sentence and is dependent on the remainder to exist.

An appositive is a phrase used to clarify a noun in a sentence.  For example, if I was talking about a car but want to give more details I could state:

The car, like the one you own, almost ran over my cat.

In this example, I am clarifying the car to describe it as “like the own you own”. This is an appositive. The appositive could be removed and the sentence would still be factually correct – just lacking in details:

The car almost ran over my cat.

I would still be able to understand what happened but not the details of the specific car.

Conjunctions are joining words the combine 2 complete and independent sentences into a single sentence. The join is done using one of the NABSOFY words:

When combining the 2 statements, you use a simple comma and the joining word like this:

I like to fish, and you enjoy eating fish.

Both “I like to fish” and “you enjoy fish” are two complete thoughts that could be independent sentences with periods at the end. If I removed the comma, the brain would not properly process the sentence:

I like to fish and you enjoy eating fish.

That comma tells the brain that everything coming after the “, and” is a new thought to process.

On a related note, if after the NABSOFY word you do not use a complete thought then you skip the comma:

In this example, after the and is “have many reels”. This statement cannot stand alone as a sentence so we skip the comma.

Starting a sentence with an adverb can sometimes set the appropriate tone of the sentence. The adverb, which is not part of the starting subject/predicate combination, requires a comma to move forward:

Consequently, my grades dropped to a B average.

6. Multiple Adjectives in a Row

When using two or more adjectives in order to clarify a noun, a comma is required after the first adjective:

In the above, “blue” and “stinky” are adjectives to describe the cheese. If you throw in a third adjective, you add more commas:

7. To Offset a Negative

When offsetting a statement with a negative, the negative requires commas around it:

Your car, not mine, ran over the cat.

Here, “not mine” is a negative to clarify what the “car” is not.  This aside requires our friend, the comma.

This is an easy one. If you start a sentence with “yes” or “no” and conclude with a statement defending the answer, you must separate the answer from the Yes/No with a comma:

Yes, I would like to play the game with you.

Not much more to say on this one.

9. Directly Addressing a Person in a Quote

When directly addressing a person in a quote, you need a comma between the quote and the person:

John, did you steal your sister’s toys?

Like before, “John” is not the main subject/predicate of the sentence and, therefore, needs a comma after his name.

Now, onto the last 4, more basic, uses for a comma:

10. Attribution of a Quote

Attribution is when you state who said a quote in the form of:

John said, “What are you doing tonight?”

“What are you doing tonight?”, John said.

Either way, when splitting the quote and the attribution, you need a comma.

Or in a sentence:

Notice that you need a comma after the address as well.

Notice each element and the end of the date requires commas just like the address.

In certain countries, like the United States, each 3 digit grouping of digits in large numbers requires a comma like:

But aren’t there other times to use a comma?

In this sentence, my son is a non-restrictive clause.  Without that part, the sentence still has the same meaning:

Restrictive clauses, on the other hand, must not have a comma to be grammatically correct:

All children that study hard get good grades.

The restrictive clause here is “that study hard”. This clause is modifying “All children” but if I remove it the sentence has a completely different meaning:

All children get good grades.

As you can see, the meaning now changes so the restrictive clause do not get a comma. When using the words “that” and “which” just remember:

“that” = restrictive clause (no comma)

The application is poorly architected limiting its ability to grow.

Did I write that one correctly? The answer is no. The main statement in that sentence is “The application is poorly architected” with a present participial phrase “limiting its ability to grow”. If you remove the participial phrase, the sentence is still correct and refers to the same architecture. The correct wording would be:

The application is poorly architected, limiting its ability to grow.

Well – that’s it. Now go out there and conquer the world with the power of commas.

Note, I wanted to share links to 2 sites I used previous as reference:

Welcome to My New Blog 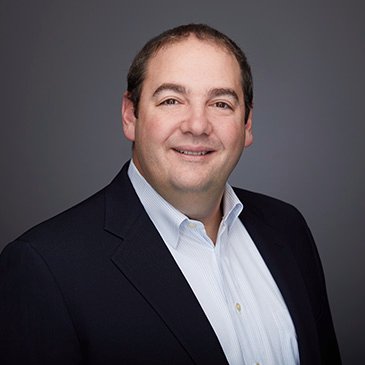